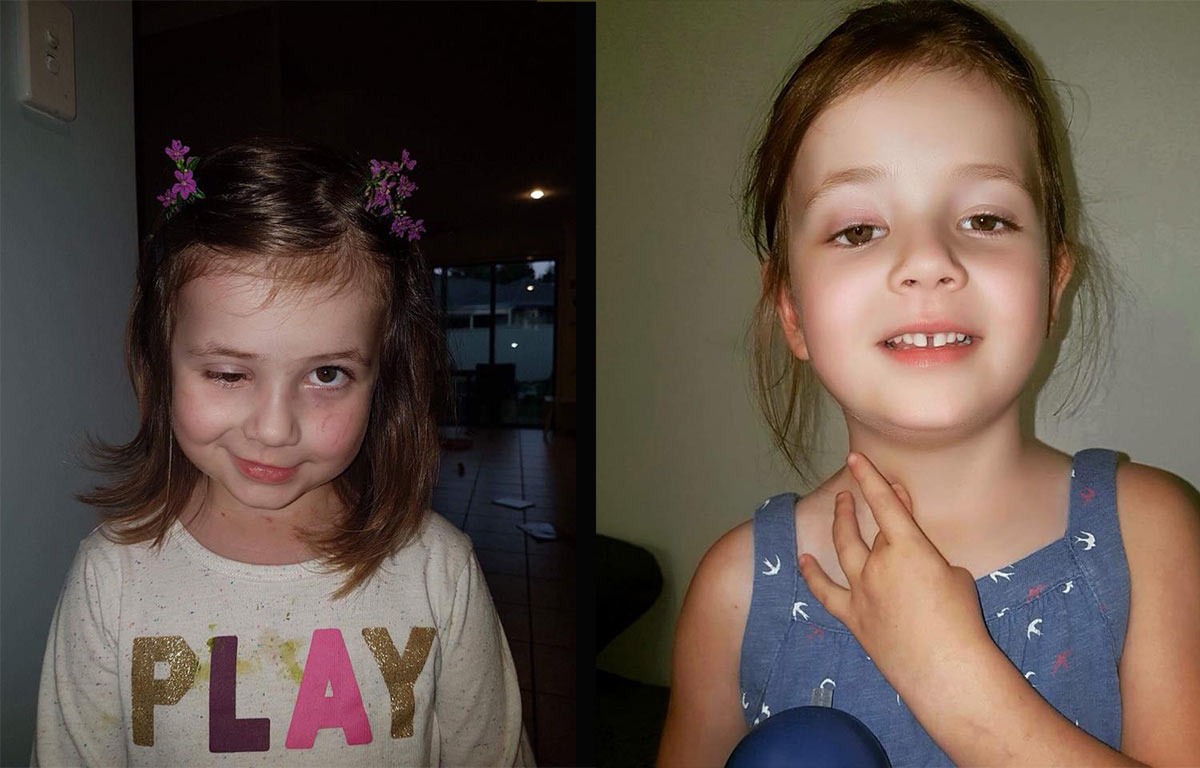 A custom prosthetic eye for Audrey

I have had the pleasure of making Audrey her eye prosthesis over the last couple of years. This has been a difficult task due to her implant being incorrectly fitted back when she first had her eye removed. What a journey she has had up until now.

These photos were over two years ago when I first met her and her family. She had her eye removed due to retinoblastoma (cancer of the eye). The survival rate for retinoblastoma is 95%. However, that rate depends on several factors, including whether the cancer has spread from the eye to other parts of the body.

I did the best I could with how the implant was sitting, which was a big improvement on what she had been given to start with. I then referred her back to a oculoplastic surgeon for a revision of the implant. As I suspected a MRI showed that the muscles had been attached incorrectly which resulted in the implant being in the wrong position.

Audrey recently had corrective surgery of the implant which went well and I am about to see her again for a temporary ocular prosthesis which she will wear for three months until all of the swelling has gone down, then she will get her new definitive prosthesis. EXCITING!!!!

As a parent of a child with an artificial eye I have always wanted what is best for my child in these difficult situations and that is exactly what Audrey’s parents want for her. They came to me when I was first starting out on this journey and put their full trust in me with their daughter. They told me what their concerns were and what they wanted to achieve for her. Together, we came up with a realistic end plan and  a rough timeline. To explain the photos above. On the left side is a photo of before I had seen Audrey. In the other photo Audrey has the custom prosthetic eye I made for her before her corrective surgery in place.

Audrey’s mum was delighted and provided a wonderful testimonial:

My daughter Audrey lost her eye to Retinoblastoma and we were initially referred to another Ocularist. After two years we made the decision to work with Dwayne Collins at Oculus Prosthetics.

Previous experiences had left my daughter anxious and self-conscious. She was unhappy with her prosthetic and would place her hand over her eye in public or in front of a mirror. As a mother this was heartbreaking, especially after her battle with cancer and the horrible treatments that came along with it.

I have the most heartfelt gratitude for the compassion and professionalism Dwayne has shown our family. He kept us involved every step of the way and Audrey became very interested in the process.

I was brought to tears with the end result and most importantly Audrey loved it! The level of detail is incredible and Dwayne even painted a hidden snowflake as like most little girls Audrey is a Frozen fan. I know Audrey has made a friend for life.